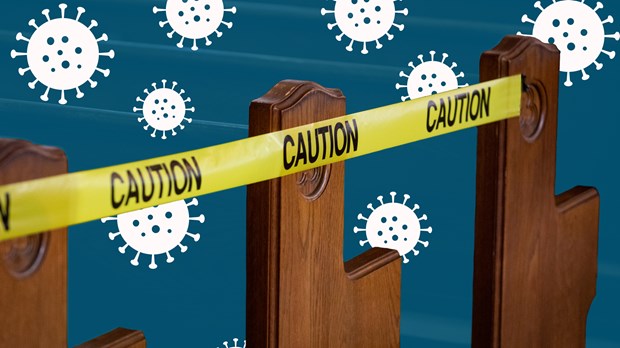 Despite some positive news and a seismic shift in online giving in 2020, many staff members face flat or decreasing wages in the coming year.

Two recent surveys, conducted by the Lake Institute on Faith and Giving and the National Association of Evangelicals (NAE), offer several insights into the state of church salaries in 2020. Notably, they hint at a K-shaped recovery for churches, and likely for staff compensation, in 2021. 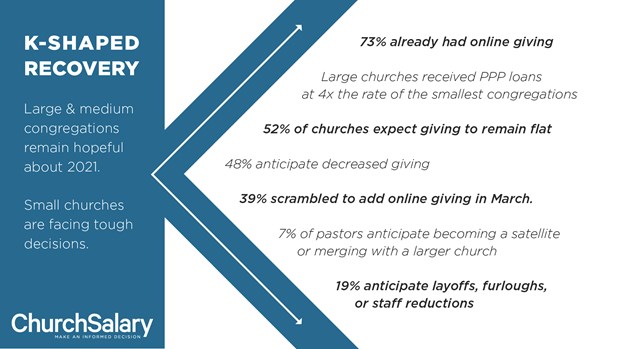 According to recent studies by the NAE and Lake Institute.

When the pandemic hit in mid-March, 86 percent of congregations moved their worship services online.

For many churches this was a seismic shift as “only 31 percent of congregations … had live-streamed or recorded services before the pandemic,” according to a recent survey conducted by the Lake Institute on Faith and Giving in September 2020. [1]

Thankfully, many churches were able to quickly adapt: 52 percent of respondents witnessed an increase in online attendance and most churches continued to use their buildings to record or live-stream services.

Typically, an increase in participation yields an increase in giving, and vice versa. [2] Senior pastors understand this reality all too well. Unexpected closures and snow days, even in a normal year, often lead to empty plates and lower offerings.

As a result, the financial consequences of cancelling in-person services loomed large for congregations in mid-March. 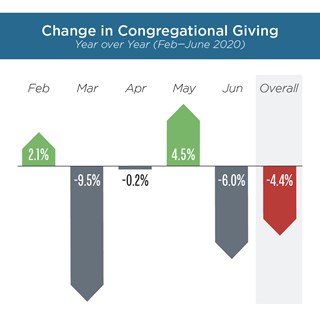 Fortunately, 73 percent of churches already had some kind of digital giving in place. Unfortunately, according to the Lake Institute, “39 percent scrambled to add [or upgrade] online giving options shortly after they ceased in-person services.”

The early months of the pandemic created a rollercoaster of rising and falling offerings, forcing churches to quickly adapt.

Indeed, according to the Lake Institute, year-to-year giving dropped drastically for 41 percent of churches in March. Overall, congregations reported an average year-to-year decline in giving of 9.5 percent in March, an increase of 4.5 percent in May, and a decline of 6 percent in June.

Smaller the Church, Bigger the Impact

The financial impact of COVID-19 has disproportionately impacted the smallest congregations.

This inequality of outcomes is most visible, according to the Lake Institute, along a “digital divide.”

According to their survey, “the smallest congregations (less than 50 people participating weekly) were least likely to have online giving before or after the pandemic.” By contrast, 94 percent of churches with over 100 people already had some form of online giving.

The digital divide continues to negatively impact the smallest congregations as 54 percent of them “still have no online giving options” in place.

These smallest churches, make up the largest proportion of churches overall. According to the NAE’s survey, 48 percent of churches have fewer than 100 people in their congregations and 70 percent have less than 200 members.

The disparate burden shouldered by smaller congregations only further emphasizes the need for affordable, secure, and user-friendly online giving solutions, and the need for knowledgeable staff members who can steward their flock into the digital age.

Saved by the Government?

For many churches in America, the Payroll Protection Program (PPP) played a crucial role in staving off furloughs, cutbacks, and dismissals.

Large churches applied for PPP loans “at four times the rate of the smallest congregations.”

According to the Lake Institute survey, 66 percent of congregations applied for and received a PPP loan from the federal government. As a result, by September 2020, “only 14 percent of all congregations reported reductions, layoffs, or furloughs of staff.”

Cuts were further avoided by 38 percent of churches through the reduction of “non-personnel administrative expenses” and other cost-saving measures. 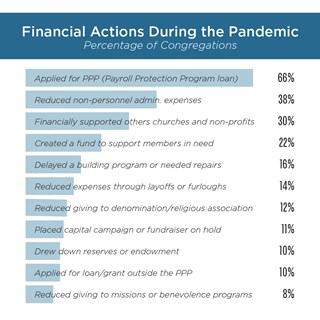 According to the Lake Institute:

According to the NAE’s survey:

For many church leaders, though, difficult decisions lie ahead.

At least 7 percent of pastors anticipate that their church will need to become a satellite campus or merge with other churches in order to survive.

Churches plan to lean on cost-saving measures, but at least 19 percent ultimately anticipate that they will need to layoff, furlough, or reduce staff salaries, according to the Lake Institute.

To make matters worse, the NAE’s State of the Plate survey revealed the shaky financial standing of many pastors. 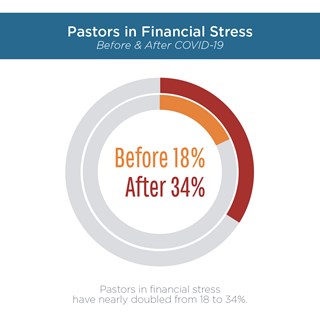 Before the pandemic, 18 percent of pastors reported experiencing moderate or major financial stress.

Since the onslaught of COVID-19, that number has nearly doubled (34%).

Additionally, at least 21 percent of respondents to the NAE survey reported a decrease in household income, mirroring almost exactly the percentage of American households who were unable to pay their mortgage or rent in August, according to a survey by the New York Times.

While the “vast majority of churches (86%) have been able to pay salaries and benefits in full,” far too many church staff remain underpaid.

Help us positively impact staff compensation in 2021 by filling out our National Compensation Survey.

The more data we can gather now, the more we can assist churches in the future.

Determining fair compensation for church employees is challenging even in the best of times. Help us as we seek to help pastors and church staff to make informed and God-honoring decisions about compensation and benefits.

[1] The COVID-19 Congregational Study was conducted by the Lake Institute on Faith and Giving at the Indiana University Lilly Family School of Philanthropy in September 2020.

[2] According to the National Study of Congregations’ Economic Practices conducted by the Lake Institute, “81 percent of giving comes from individuals and 78 percent from individuals’ donations” occurs during in-person worship services.