Crisis Ahead? A Case Study on Minimum Wage Headaches 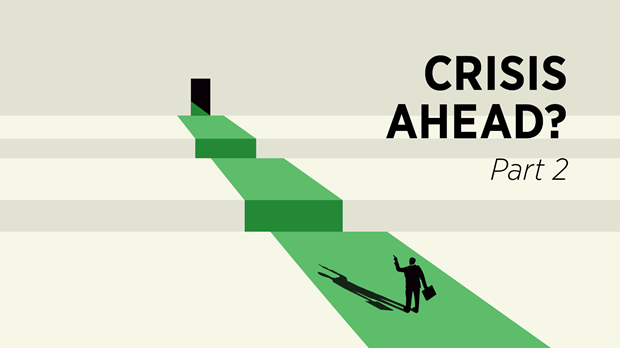 As I discussed in my previous article, a higher minimum wage and a higher overtime exemption requirement may be coming to your state through state or federal legislation.

California is in the midst of a five-year minimum wage plan that will require every company in the state to pay $15 by 2023. Organizations with 25 or more employees will be required to pay this new minimum wage as early as 2022.

To see what the future may hold for your state, let’s examine how this process has unfolded in California.

Churches located in the Golden State are experiencing the two headaches that I mentioned in my last article: an annual minimum wage increase is forcing churches to pay both higher hourly wages to some employees and higher salaries to other employees in order to escape rising overtime requirements.

The exception to the rule

I recently had an interaction with the California Labor Department that clarified a question which is causing confusion among senior and executive pastors as California’s minimum wage laws ramp up.

As I mentioned in my previous article, there is confusion over whether ministerial staff are subject to these labor laws. To answer this question, I wrote to the California Labor Department. Their answer was consistent with guidance from Church Law & Tax:

LABOR DEPARTMENT RESPONSE: Due to the ministerial exception California labor laws do not apply to ordained ministers. As articulated by the federal courts, the ministerial exception “operates to exempt from the coverage of various employment laws the employment relationships between religious institutions and their ‘ministers.’” (E.E.O.C. v. Roman Catholic Diocese of Raleigh, NC, supra, 213 F.3d at p. s 800.)

If federal law remains consistent, churches will be permitted to pay ordained/licensed pastors or ministers who receive a housing allowance less than the salary exemption requirement. As a result, rising minimum wage and exemption requirements will not have a direct impact on licensed or ordained employees.

However, they will impact those employees who are not licensed or ordained. For example, if your church has a “pastor” or “minister” who is classified as a “director” or another non-licensed or non-ordained classification, they will likely be subject to FLSA or other state labor laws just as regular employees of the church are (e.g., a salaried facilities worker or a church administrator).

To be clear, churches themselves are not exempt from state and federal wage laws, licensed or ordained pastors are (because of their unique tax status).

The impact on youth pastor salaries

The impact of these increases on the salaries of California youth pastors has been eye opening.

While many of these youth pastors are likely licensed or ordained (meaning they are exempt from these overtime requirements), churches should be careful to make sure their ministers all have clearly articulated and approved licensing, in the event that either the minister or the church is audited.

To avoid penalties for improper compensation, churches need to take licensing seriously. In its most basic form, a church should note the licensing of a minister in their church board minutes upon hiring and provide the minister with a physical paper license to serve as confirmation that the licensing was approved by the church board. And then those ministers are lawfully able to claim a board-approved housing allowance as part of their compensation from the church as part of their ministerial status.

I served as a non-licensed and non-ordained “youth minister” several years ago. The denominational body under which I served did not allow for licensing or ordination without certain qualifications (master’s degree and extensive ordination exams). My role as a youth minister was technically not considered ministerial at that church (as determined by the IRS) even though my business card carried the title of youth minister. Thus, I was subject to state labor laws, in spite of the fact that I performed significant sacerdotal duties on a regular basis. Were I still in that role, the state minimums would directly affect my legal compensation level.

The need for new ministry models

I predict that the impact of a rising minimum wage will be felt in unanticipated ways. Churches should work diligently in advance to prepare their organizations for the ripple-effects of these changes. In some cases, churches may need to develop new ministry models.

For example, I anticipate that Christian camps will be hurt by changes in the minimum wage and exemption requirement, beyond having to shoulder these increased wages themselves. The cost of youth camp is already rising almost every year in California (where I live). Many camps need to charge well over $500 per camper for a week of summer camp. That cost is handed down to families. Churches will need to look for ways to save money with their summer programming.

Additionally, let me close by shaking my Magic 8 Ball and looking further into the future. With the shift to online and in-person ministry in 2020 brought on by the onset of COVID-19, churches may be wise to consider possibilities for hybrid ministry into the future.

For example, due to the rising cost of youth camps and trips, I predict the rise of what I call the “conference model.” In this model, churches utilize their mostly empty buildings during the summer and school year to host youth conferences that allow students and youth pastors to go home and sleep in their own beds at the end of the day. I can even see a few churches getting together to host a big youth conference in their own city: the possibilities are endless!

This model isn’t new: churches have been doing things like this for years in the form of Vacation Bible School; but as soon as those kids were old enough for overnight trips, they went off to camps. A student-age-specific version of VBS is a great potential solution to the problem of overnight camps and trips and allows churches to utilize their streaming equipment to potentially spread their influence net wider and wider. Instead of catching a bus to and from a life changing experience, they can just log on and stream. Some aggressively proactive California churches have already begun this pivot. Other ministries (men’s, women’s, marriage, families, etc.) who face having similar staffing issues may benefit from these types of pivots also.

Ultimately, it is impossible to quantify or perfectly predict how a higher minimum wage and exemption requirement will impact employment and compensation in the church. But churches need to begin planning, preparing, and discussing their options now. Churches everywhere would be wise to at least have a proactive conversation with their advisory boards about possible wage increases. This may even mean setting aside funds in upcoming budget cycles to make sure they are able to retain staff members in the face of higher wage requirements.

Learn about pay grades and how to create a salary structure at your church.

Is Seminary Worth It?

How long will it take the average pastor to recoup the cost of a graduate degree?

How Does ChurchSalary Group and Normalize Data?

Find out where the best-paid pastors live and how your region ranks.
Aaron M. Hill

Crisis Ahead? A Case Study on Minimum Wage Headaches