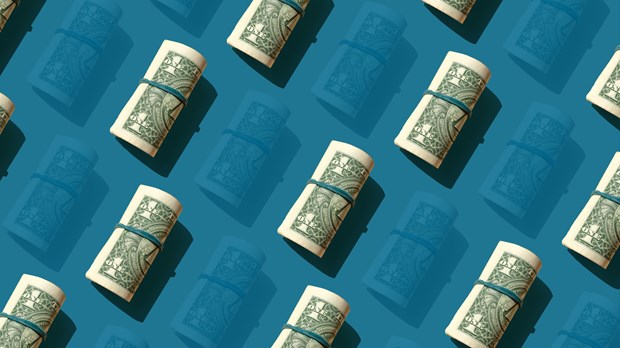 In some churches, the question of whether to publish staff salaries is an annual affair. The debate inevitably resurfaces every year during the budget approval process. The default approach seems to be secrecy, but younger generations are increasingly demanding transparency from their leaders.

1. How have you seen churches approach the question of publishing staff salaries?

Tiffany: Many organizations feel like there are only two choices: be secretive or be SUPER secretive.

However, the solution isn’t necessarily to share specific staff salaries for everyone to see (unless required by your bylaws). While I am a huge fan of transparency (as most younger adults and teens are), this can create serious problems (continued in Question #3).

Instead, I prefer a hybrid approach that demonstrates you have done research, that is transparent about pay ranges and how salaries are determined, and that understands human nature (continued in Question #4).

Dan: Early in my career, I was part of a church who required the congregation to vote annually on the compensation package of the ordained pastoral staff (as part of their bylaws). Salary and paid benefits were fully disclosed for every employee at an annual meeting that interested congregants could attend. Outside of that fifteen-minute meeting, though, nobody knew much of anything about salaries. The staffing budget was eventually lumped into a single total number as part of the larger budget.

The second church that I served at was very secretive. Only the senior pastor and church administrator knew the magic numbers for every employee. While there was a personnel team, none of them were privy to salary numbers besides the administrator. Staff salaries were lumped together into one large salary number that was approved by the congregation.

2. How should a church’s compensation philosophy inform their decision? Or vice versa?

Dan: If you make the decision to be forthright and transparent about your church’s compensation, you will instantly be held accountable for how you pay your employees. Church staff and congregants will want to understand why this person earns this or that in comparison to their own salary.

If you choose to be transparent, your church should have a publicly stated compensation philosophy that outlines an equation for every position and substantiates what base pay, promotion, and qualifications—such as education, tenure, and success—do to affect compensation on a year-to-year basis.

To be clear, transparency will almost always cost the church more money. But it will result in better treatment of employees and better organizational clarity for those who are seeking to enhance their career and earning potential while remaining in vocational ministry.

The fact that many pastors are leaving the pastorate due to poor compensation should give churches incentive to prioritize generosity to their staff.

Tiffany: I love every word in Dan’s response. Amen!

3. What are the pros and cons of secrecy or transparency?

Dan: At my first (transparent) church, the congregation eventually grew weary of approving staff increases while the overall budget was declining (even though wage laws and inflation often demanded adjustments). Imagine a Negative Nancy in the front row raising their hand during the congregational meeting and saying, “I didn’t get a raise this year! Why should you?” It happens; believe me.

At the second (very secretive) church, there was very little discussion about staff raises or reductions. There was a great mystery around who made what and salaries were often leaked out of animosity when one employee found out what their co-worker earn.

These kinds of leaks tend to occur when churches pay employees who perform similar jobs differently but employees don’t understand why. For example, your church may pay “pastors” one way and “directors” another way.

In these situations, bitterness can easily creep in and fester.

The other challenge is that in this system employees don’t have a clear path towards enhancing their earning potential. If I go back to school and get a master’s degree, do I get a raise when I graduate? If I serve ten years in my role, do I get a raise? Nobody knows!

Obviously, the downside of transparency and accountability is that churches are opening themselves up to hard questions from congregants and staff members. Should a worship pastor earn more than a discipleship pastor because the music appears to attract more new members than solid Sunday School curriculum? Should a well-qualified and long-tenured senior pastor earn double (or triple!) the salary of other pastors who are newer to the ministry or have less qualifications and tenure?

First, it violates your staff’s privacy. Even corporate companies do not share specific salaries. Would you want everyone at your workplace to know what you make?

Second, it can give the devil a foothold and cause strife. While we like to say that everyone should be happy with their own pay, we known this is not always the case (see Matthew 20:1-16 and The Parable of the Workers in the Vineyard).

A salary by itself has no context or justification. No one knows why one employee is earning more or less than another.

A salary by itself has no context or justification. No one knows why one employee is earning more or less than another. Do they have previous experience, special skills, have they worked there since before Moses, were they originally in a different position with that pay, do they have more education?

Additionally, comparisons may allow doubt and lack of contentment to creep in. For instance, I may be super excited to accept a position where I get paid $50,000 a year. If I find out that everyone else is making $200,000. Suddenly, my $50,000 isn’t so grand anymore. Or, if I found out that everyone else makes $27,000, I would feel so grateful, even gleeful, for $50,000. What changed? Not my pay, but how my pay compares with others.

Question #4. What then do you think is wisest approach and why?

Tiffany: We need to remember who God called to lead the ministry. It does not mean that one person should determine pay in a silo but rather be careful about allowing too many cooks in the kitchen.

As I said previously, the best approach for most churches is probably a hybrid one:

Churches should do market research on pay rates for their positions at least every other year or more. Bringing in a third-party or using a reputable resource to evaluate salaries and pay grades (i.e., ChurchSalary) will give you credibility and show your congregation that you strive to be fair and accountable.

In my experience, organizations that are incredibly super secretive generally have some pay rates that are unequal or unfair. Given that your staff is your greatest asset, the engine by which you will reach your mission, and it occupies at least fifty percent of most church budgets (on average), don’t you think it deserves a little more intentionality and time?

Dan: No matter how your church answers those questions, I believe churches who are willing to have the conversation in broad daylight will attract younger families and empower a new generation of donors who have been encouraged by mint.com or Dave Ramsey to account for every penny of their spending for their entire lives. Why would I give to a church if I didn’t agree philosophically with where the church was spending the money? Surely there are other kingdom initiatives that would benefit greatly from my gift? Churches must earn their congregation’s trust, continually.

As a millennial, I recognize (and you ought to consider this too!) that my generation (and the ones to follow) have a general distrust of authority (see research done by Pew here). This trend holds true at the church-leadership level as well.

Twenty or thirty years ago, churches were viewed by congregants as organizations of integrity that were above reproach. Today, pastoral scandals of all kinds, pastors who wear expensive clothes (see @preachersnsneakers or @prophetsnwatches on Instagram), and other cultural trends have led to younger congregations to be wary of greed among pastors.

Perhaps it's time for church leadership to recognize that their rising generations are seeded with distrust and do something radical to counteract that?

A third-party audit of annual finances and line-by-line transparency that is published and easily accessible on a church’s website throughout the year offers the chance for anyone (member or otherwise!) to view a church’s stewardship. Imagine moving to a new city and looking for a church online, and finding that they publish their financials? “Wow! A church I can trust, even if I don’t agree with how every penny is spent!” Within this readily available document would be departmental transparency, including salaries for prominent positions of personnel. This, in much the same way governmental salaries are disclosed publicly, ensures that there is no question about how staff are paid for. After all, donor dollars are paying the salaries at your church.

Using a third-party service like ChurchSalary to transparently set salary ranges for staff members is an extremely wise decision because it creates strength in numbers for why your church compensates the way it does. Using this third-party service as a guidepost for compensation gives churches the chance to have an easily digestible reply to anyone who questions their staff salary structure (both team members and congregants alike).