Inflation is on everyone’s mind. Behind the headlines, what is the data saying and how might that apply to COLA raises at your church in 2022? 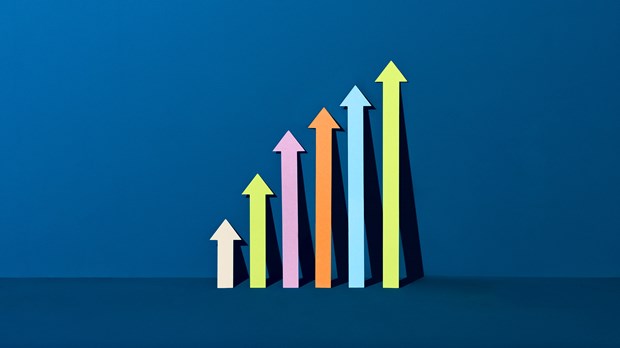 Someone on your leadership team will quote a figure of 8.7 percent from recent headlines during budget season. Is that COLA number too high?

This article is designed to help you cut through the headlines and make an informed decision based on all the facts. If you already understand inflation indexes, skip ahead to our summary of data on COLA, inflation, and wage increases at the bottom.

To supplement this article, consider these additional resources:

The goal of all inflation indexes is to track the changing cost of goods and services over time. To accomplish this, two federal agencies have developed different methodologies. The Bureau of Labor Statistics (BLS) produces the Consumer Price Index (CPI), and the Bureau of Economic Analysis (BEA) creates the Personal Consumption Expenditures price index (PCE). Each index comes in a “core” and “headline” flavor.

There are two major challenges that the government faces when it comes to tracking inflation:

The key question that everyone is trying to answer is, “How much less is a dollar worth now than it was a year or a month ago?”

The chart below condenses some of the differences between the two major indexes and their respective flavors.If you want to explore the difference between the CPI and PCE further, we recommend reading this excellent 2014 article by the Federal Reserve Bank of Cleveland.

ChurchSalary has condensed two decades of inflation data into the single chart below. Even though inflation is still unreasonably high, some of the indexes and market indicators are hinting that inflation may have peaked in June 2022 and is either leveling off or trending downward.

The Consumer Price Index for Urban Workers—often simply called CPI in the news—measures the buying habits of people who live in urban or metropolitan areas in the United States.

This is the figure you see in every news story. It tracks average percentage change in prices for over 200 items for roughly 90 percent of the population.

Because CPI is unable to model consumer behavior and tends to magnify price volatility, the Federal Reserve does not use CPI to gauge the underlying trend of inflation. Despite this flaw, CPI persists because it is tied to certain financial transactions and is used by government agencies to adjust income and poverty levels based on inflation.

To minimize volatility, the BLS strips away certain goods and services (e.g., certain energy and food prices) to get a better sense of core inflation. Whenever news stories mention the “core inflation rate,” they are referring either to Core CPI or Core PCE.

The government developed Chained CPI to address the inability of regular CPI to model consumer behavior. This chained-dollar index assumes that some consumers will purchase lower cost options using price data from a previous period.

The flaws of regular CPI have led to a movement within the federal government to use Chained CPI for many income and poverty measures. For example, the 2017 Tax Cuts and Jobs Acts (TCJA) bill attached federal tax bracket increases to Chained CPI.

The Personal Consumer Expenditures Price Index is designed by the Bureau of Economic Analysis (BEA) to track both “a wide range of consumer expenses” as well as “changes in consumer behavior.” It measures the out-of-pocket expenses for consumers, even costs borne by employers such as health insurance, by tracking what businesses are selling.

To minimize volatility, the BEA strips away certain prices to create a measure of core inflation called Core PCE. Because this index is better able to reliably predict long-term, permanent changes in inflation over time, the Federal Reserve uses Core PCE to make policy decisions about inflation that impact the US economy such as raising interest rates or enacting Quantitative Tightening.

If you really want to dig deep on inflation, you could also research the Dallas Fed trimmed-mean PCE inflation rate.

The difference between CPI and PCE

Both indexes weigh the cost of goods and services like items in a shopping cart. The biggest difference between each cart is how they source prices. As the Federal Reserve Bank of Cleveland notes, “The CPI is based on ... what households are buying; the PCE is based on ... what businesses are selling.”

By basing its calculation on business sales, the PCE is better able to model how consumers are altering their buying habits in the face of higher prices—e.g., less red meat and fewer airline tickets. By comparison, regular CPI models the worst-case scenario for consumers—i.e., as if they make no changes to their behavior.

Turning indexes into a COLA

Each of the five indexes is telling a different story about inflation. It is tempting to listen only to the most exciting or comforting stories, but the truth is probably somewhere in the middle. The chart below summarizes all five indexes alongside ChurchSalary’s data on raises from late 2021/early 2022.

Below are the key data points on inflation and COLA raises that churches should bear in mind as they wrestle with changes to their 2023 payroll budget.

In light of inflation, the key questions that church leaders need to answer this budget season are:

At the end of the day, remember that most businesses have been unable to increase their payroll at the same rate as inflation in 2022. Your church is not alone. Focus on employee retention because giving raises to retain staff will likely be cheaper than replacing them.